Bitcoin has halved, what now? - Fumbi.network
Skip to content 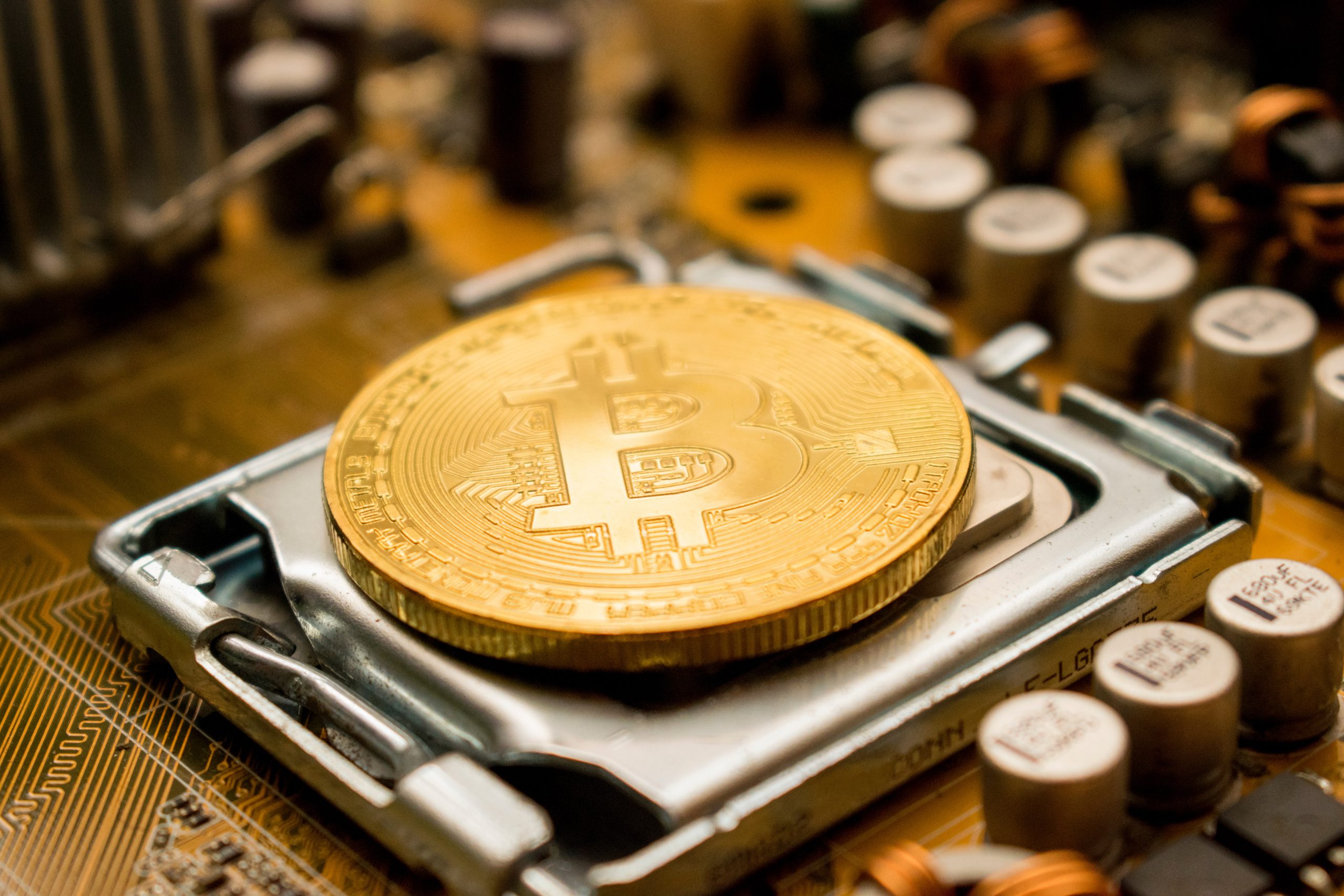 Bitcoin has halved, what now?

Will the price of Bitcoin change after halving? What will be happening over the next four years? Fumbi offers you an extensive prediction of the cryptocurrency market development.

When a Dutch analyst known by his alias Plan B published the first article in which he derived Bitcoin prices from its relative rarity, he started heated discussions. Even big Bitcoin fans were reluctant to accept this model, although its statistical significance was (and still is) very high. The question they asked was: how can the price of Bitcoin depend solely on the offer? After all, if no one were buying it, it would simply go to zero. One really cannot disagree with that.

In his latest article, Plan B examines in depth the validity of his model also in relation to gold and silver and shows a strong general correlation between the relative rarity and the size of the market for these goods. In addition, it examines the so-called phase changes in Bitcoin’s development. I was thrilled by the idea, and I decided to explore it further.

What are the phase changes?

Imagine that we know nothing about the properties of water. If we were to cool the water, it would remain seemingly unchanged for a long time, but at a certain moment a fundamental change takes place and the water turns to ice. Phase transitions are sudden changes that come completely unexpected to an ignorant observer but are, in fact, a result of underlying law. A similar situation (phase change) could be observed in technologies, too. The mobile phone was first a gadget, then a luxury tool for entrepreneurs before it finally changed the whole world. Its usefulness increased with the square of the number of users and this has dramatically changed its usability. But let’s go back to Bitcoin.

In the beginning, Bitcoin was an experiment of a small group of encryption experts. Blockchain technology was indicating that it was capable of providing the basic monetary properties: the immutability and rarity of the unit of account. More and more experts began joining this experiment. They knew how to make trusted transactions with each other without a banking system in the background. A well-known moment of this era was the purchase of 2 slices of pizza for 10,000 Bitcoins in 2010. The first exchanges were created, where Bitcoin could be bought or sold for traditional money, and thus convertibility was created and the number of its users grew.

The gradual increase inconvertibility and in size of the Bitcoin community has brought about a phase change. Bitcoin has become a real payment method for transferring funds around the world in the order of seconds and at negligible cost. It is 2012 and the price of one Bitcoin had meanwhile climbed from a few cents to 5 euros. This is an increase of thousands of percent. The miners‘ network is already sufficiently decentralized so that even large transactions can be accepted safely. Bitcoin exchanges are popping up everywhere, registration is extremely simple, the first payment gateways for e-commerce websites are created, as are the first more user-friendly applications, wallets, etc.

In 2012, the halving set off a gradual shift in the perception of Bitcoin as an alternative payment method that „stores value“. The price rose sharply, exceeding $ 1,000 for the first time. Here Bitcoin no longer plays only the role of a payment method. Rather, the „holder“ movement gains traction, i.e. a movement of those who buy Bitcoin and hold it for a long time with the vision that Bitcoin will get to phase no. 6 (see below). It has thus become a long-term repository of value for those who understood its potential.

The halving in 2016 found Bitcoin at the centre of a well-established industry of professional miners, being the subject of the first comments made by regulatory and global authorities, having well-established exchanges and a wide network of holders. Its code has been perfected many times by the worldwide community. The halving started a steady period of price growth, which eventually turned into a frenzied boom, and the price per Bitcoin shot up from $ 600 to $ 20,000.

This required involvement of the global public. The bubble burst, of course, but the price stabilized somewhere in the middle, as was the case with the previous halving. Suddenly a number of other agents and elements appeared in the ecosystem: traders, brokers, securities, start-ups.

Most important for the transition to this phase was a development of the legal regulations and the technology for institutional holding. Bitcoin is constructed as a bearer asset (similar to cash), which is not very good for business processes. Any hacker attack can be a major threat to an institution. Therefore, special solutions are created for the process management of cryptocurrencies (BitGO, Ledger, etc.) and some, especially American, institutions buy it.

What’s next? I will play a seer and try to present my vision.

As of this year, German banks have started offering cryptocurrency-related services. One of the largest American banks, JP Morgan, opens accounts for the Coinbase and Gemini stock exchanges after a long period of rejection. Comprehensive and highly sophisticated systems are emerging for the banking administration of cryptocurrencies. The main feature of Bitcoin is that one can manage it on their own. Institutions, however, manage many times more resources than individuals. Their entry into Bitcoin is necessary for its integration with the existing financial system. The network of miners is already so extensive that even an attack by state actors would not take Bitcoin down. It has become a real global currency, independent of states.

Its huge advantage is the inability to reproduce it, and its developed decentralized infrastructure. Each halving increases its rarity. At the current pace of money printing, and provided that legal regulation and governance technology are sufficiently resolved, large investment houses will also store part of their portfolio in Bitcoin. This creates a new layer of holders; the capital of whose many times exceeds the capital of the community of natural persons themselves. At this stage, it is no longer unreasonable to expect Bitcoin prices in the hundreds of thousands of euros.

Phase 6: One of the global reserve currencies

Once Bitcoin is a regular part of investment portfolios, its daily volatility will significantly drop. At this point, the question will arise as to its suitability for making financial settlements between the states themselves. It is a logical conclusion of the Bitcoin story. Anyone trying to store any type of value prefers hard money to inflation. As states compete with each other in devaluing and manipulating their currencies, they will also prefer Bitcoin from their partners in the end. Its unit price can be in millions.

In order not to make it sound like a done deal, I emphasize that there are risks involved. The ones we can imagine, but above all the ones we do not know. The whole scenario presented here is realistic provided that there is no unknown risk to Bitcoin’s journey. One example could be a new battle for Bitcoin, which might result in a hard fork where, under geopolitical pressures, the largest stock exchanges would not agree which of the two chains would be referred to as „Bitcoin“.

Alternatively, an unknown weak spot may still emerge when protection against quantum computers is implemented.

Another risk may be the emergence of a new cryptocurrency, which will eventually be equally decentralized but will be supported by states and the banking sector at birth. Such cryptocurrency, with a mark of formality, could relegate Bitcoin to second place and later to the sideline. Even in such case I would expect a long-term price increase, only with certain limits this time. Personally, I do not believe that the states will agree on anything in this regard, and Bitcoin will probably turn out to be a suitable neutral turf in the end.

Bitcoin vs. other cryptocurrencies

Other cryptocurrencies are still rather in their first and second phases. Their presence in Fumbi’s portfolio can be seen as a hedge against unknown risks that could threaten Bitcoin’s position. As they have not gone through a phase of transition from an „alternative payment method“ to a „repository of value“ phase, their market value depends on the number of users and transactions rather than on their relative rarity. In addition, as they are often traded in Bitcoin, their price rises and falls accordingly.

However, Bitcoin now follows the logic of value markets such as gold and silver, to which the S2F model by Plan B (later verified by the Bavarian Landesbank and others) fits statistically. I believe that this explanation is also acceptable to people who emphasize the role of demand for Bitcoin and cannot find a way to models that derive its price exclusively from rarity.

In conclusion, I would like to provide an explanation of the rising price trend, which can probably be stopped only by an unknown fundamental factor. This story first appeared in connection with metals (gold, silver) and history has proved it true so far. If something that is sufficiently durable and rare is chosen as a unit of account (i.e. not tulips, for example), the value of the unit gradually increases until it finally stabilizes. The reason is that the stock is gradually shifting to strong and long-term holders who sell only fractions of what they have accumulated. At some point, the holders have complete power over the price, new production (miners) have only a negligible impact.

Therefore, if the holders do not want to saw off the branch they are sitting on, they will not sell their accumulated property and thus cause a spiral of death. This logic also applies to the dollar as a reserve currency: probably no country that holds large reserves of dollars is excited that the US Fed is going to print a few trillion of them. However, if these countries responded with the sale, they would devalue their assets accumulated over several decades. The Fed is, of course, aware of this and is using its position to the extreme. If Turkey tried to copy its monetary policy – then the impact is completely different.

The entry of institutions into the spot market with Bitcoin brings another layer of „holders“ who will drive the price up and stabilize it with low sales. Holding part of the property in something that no authority can devalue has currently a great appeal.

In aggregate, the „holders“ form the Bitcoin’s future „decentralized regulator“. If the price goes too high against their domestic currency, they will simply sell off part of the stocks at a high profit, if it is low, they will make a repurchase. What they will certainly not do would be supporting a downward spiral of the price. The main reason for the growth and later stabilization of the Bitcoin price will be the same as the reason that started its story: the immutability and rarity of the unit of account. However, an increase in its convertibility, its liquidity, development of the respective legal regulation and governance technology are the necessary conditions to allow the holders to start this snowball effect.

Fumbi was created so that anyone could become a long-term Bitcoin holder. In addition, it offers protection against possible shocks that may result in the Bitcoin being overtaken by other cryptocurrencies. This may not seem very likely in the short term, but when investing (especially higher amounts) it is definitely important to take this into account and not put „all the eggs in one basket“.