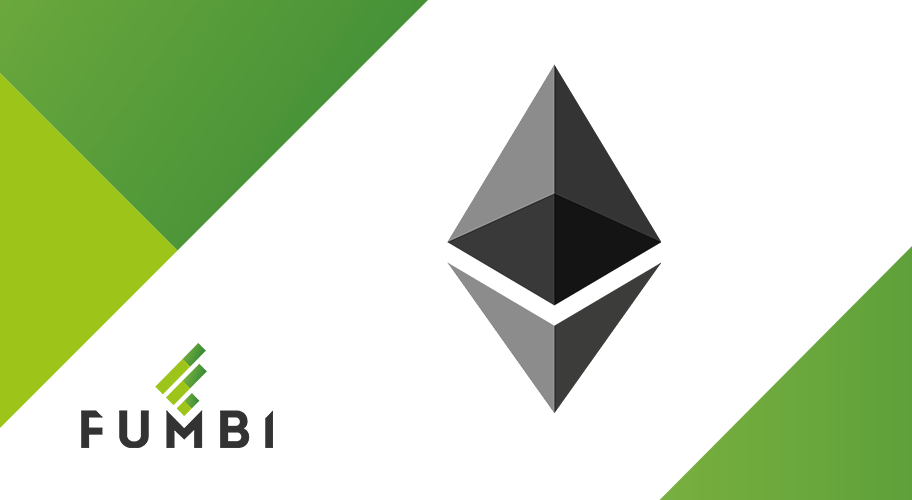 Every innovation aims to solve global problems in a way that hasn’t been done or even tried before. Ethereum is no exception. Its concept came when people were discovering the strengths of the bitcoin model and were trying to improve upon it. The Ethereum developers had to decide whether to develop their model as a „bitcoin addon“ or create a new blockchain offering more freedom and flexibility.

At the end of 2013, young Canadian-Russian programmer and bitcoin enthusiast Vitalik Buterin published a document entitled „Ethereum Whitepaper“. He defined the fundamental philosophical and technical principles regarding the development of Ethereum. The Ethereum founders were always aiming for a blockchain that could support a wide range of decentralised applications thanks to its key feature: programmability.

The main idea was to create a universal blockchain where any developer can program their own application. The Ethereum platform was designed to provide a simple and safe environment for building decentralised applications.

Subsequently, the Ethereum development was financed through crowdfunding and collected almost €18 million. The first block, the so-called „genesis block“, was mined on 30 July 2015, approximately two years after introducing the concept.

Ethereum is often referred to as the „world computer„. It is essentially a global, decentralised open-source computer infrastructure with a primary function of execution of smart contracts while using blockchain to synchronise and store changes within the system. A wide range of real-world businesses uses the Ethereum platform because it allows you to create applications with built-in economic features. In addition, thanks to its high level of transparency, neutrality, and simple auditability, it eliminates the negatives of censorship and reduces the risk of a counterparty.

The Ethereum network has its own built-in cryptocurrency – Ether, with multiple uses. It provides a primary layer of liquidity, which allows for the efficient exchange between various types of digital assets. Furthermore, it provides a mechanism for paying the transaction fees on the Ethereum network. Within the framework of decentralised finance services, Ethereum is used as a form of collateral. The most common examples are MakerDao and DAI stablecoin (1 DAI = 1 USD), which operate on the principle of secured loans. The user puts in the smart contract collateral in the form of Ethereum and receives a loan paid out in DAI stablecoin.

Inflation on the Ethereum Network

Unlike Bitcoin, which has a fixed amount of bitcoins in circulation, Ethereum doesn’t have a specified emission ceiling. Regardless of the number of active users on the network or the market value of Ethereum, the total offer is programmed to increase gradually. However, Ethereum’s monetary policy is still evolving. While four years ago, the reward for a mined block was 5 ETH, now it’s 2 ETH.

Last August, Ethereum activated the London Hard Fork upgrade, which implemented several EIPs (Ethereum Improvement Proposal), including the EIP-1559. Part of EIP-1559 is a mechanism of burning fees that releases a part of Ethereum’s offer out of circulation. It was initially designed to make the transaction fees more predictable.

Depending on the Ethereum network activity, under certain conditions, EIP-1559 could burn more Ethereum through base fees than gets added into circulation through rewards for a mined block.
Furthermore, Ethereum is moving to a more cost-effective and energy-efficient proof-of-stake blockchain security model, expected to reduce Ethereum emissions by more than 5%. Suppose Ethereum actually reaches a point of zero growth in Ethereum’s total supply. In that case, we can expect the demand for Ethereum to exceed the offer, which will result in an increased value.

Although both Bitcoin and Ethereum operate on the principle of distributed ledgers and cryptography, there are many technical differences between them. For example, Ethereum network transactions may contain executable code, whereas Bitcoin network transactions generally don’t allow similar functionality.

Moreover, Bitcoin and Ethereum differ in purpose. Bitcoin was created as an alternative payment service for simple transactions and a store of value against FIAT money. Ethereum serves as a platform to simplify the creation of stable, programmable contracts and applications through its own currency.

Even though both Bitcoin and Ethereum are digital currencies, the primary purpose of Ethereum isn’t to establish itself as an alternative money system but to simplify the functioning of smart contracts and decentralised applications.
Another difference is the average time to mine a single block. Even though both use the Proof-of-Work consensus, it takes about 10 minutes to mine a single block in the Bitcoin network, whereas the Ethereum block time is just 12 seconds. Therefore, transaction validation is much faster on the Ethereum network.

The expression of „smart contract“ first appeared in virtual space in 1996. It was formulated by computer expert Nick Szabo who defined it as „a set of promises, specified in digital form, including protocols within which the parties perform on these promises.“

Simply put, a smart contract is an agreement between two parties preserved in the form of source code that is logged on the blockchain platform while ensuring the independence and automatic execution of the smart contract according to predefined conditions.

Among the key characteristics of smart contracts belong:

Trust – With smart contracts, there is no need to trust third parties. The safe, autonomous, and transparent nature of these contracts based on transparent code and mathematical algorithms essentially eliminates the possibility of personal bias, intentional manipulation or errors.

Ether as a Fuel of the Ethereum Network

Each transaction or execution of a smart contract on the Ethereum network costs a certain amount of „fuel“ (so-called gas fees), which is determined by the computing power and transaction execution time. From this point of view, Ethereum is not a typical digital currency but rather a „fuel“ for the functioning of the network.

This fee is usually determined by the current supply and demand between miners and network entities looking for the executor of the transaction. In some cases, miners may refuse to process a transaction precisely because of a too low and unattractive reward. Gas fees generally act as compensation for the computing energy required to process and verify a transaction within the Ethereum blockchain.

ERC-20 is a technical standard that defines the list of rules common for most tokens used in the Ethereum network. It is used for all smart contracts on the Ethereum blockchain to implement tokens and provides an exact set of rules that all Ethereum-based tokens must follow.

This means that the developer implementing a new token knows exactly how it will function within the Ethereum ecosystem. Therefore, it’s not necessary to individually specify, rework, or add support for each new project.

Decentralised finance is an ecosystem consisting of financial applications developed on blockchain. These applications often resemble services and organisations that we know from the financial world.

The majority of applications of the decentralised finance sector are built on the Ethereum blockchain, although there are emerging many alternative platforms trying to compete with Ethereum. The application of smart contracts in practice enables developers of decentralised applications to create much more sophisticated functions than simply sending and receiving money.

The transition to Ethereum 2.0 introduces an entirely new blockchain that will eliminate the need for miners. The transactions on this network are confirmed by validators who guarantee correct transaction verification with their own ETH coins. This system is generally known as a Proof-of-Stake consensus and should bring many improvements over the current Proof-of-Work consensus.

The new Ethereum network is expected to reduce energy consumption, increase transaction speed, increase scalability, and bring a host of other improvements that will make the network even more practical to use in the real world. Currently, especially due to the boom of the decentralised finance sector, the Ethereum blockchain is overloaded with transactions, causing a massive increase in network fees.

Based on official reports, the conversion to Ethereum 2.0 will be executed in three phases:

Devcon – Since 2014, the Ethereum Foundation has organised Devcon, an annual conference for all Ethereum developers, researchers, thinkers, and creators.

Why Is Ethereum a Good Investment in the Future?

Ethereum is a reserve asset of the new parallel financial system. This new financial system is open to everyone, regardless of nationality, race, age or gender. One of the greatest advantages of this system is transparency. The current system allows banks and financial institutions to direct the flow of information and even choose which information to release.

However, in a transparent financial system, all information is public so that each of us can see it. This system is much more efficient and eliminates the need for trust in third parties. While we are still in the early stages of its development, an active and thriving community of developers strives to create a new fair financial system.

Although several competing projects are gradually emerging, Ethereum will likely maintain its position as a „world computer“, and its broad spectrum of use will continue to expand. As the decentralised finance and stablecoin sectors use Ethereum as a form of collateral for decentralised loans, the number of transactions within the Ethereum ecosystem is also increasing. Ethereum’s transaction volume is currently more than double the volume of transactions on the Bitcoin network.

If you are considering investing in cryptocurrencies, Fumbi is here for you. Our algorithm-administered portfolio mirrors the growth of the entire cryptocurrency market.

The Fumbi company is the first of its kind because it offers cryptocurrencies to the general public, even at low deposits. Investing in cryptocurrencies with Fumbi is very simple and minimises the risks. You can also invest exclusively in Ethereum through our Fumbi Custom.

You can start investing from as little as €50.

Did you come across a term you didn’t understand? Don’t worry. All essential terms regarding cryptocurrencies are in our Fumbi Dictionary.