Institutional Investors are buying up Bitcoin | Fumbi.network
Skip to content 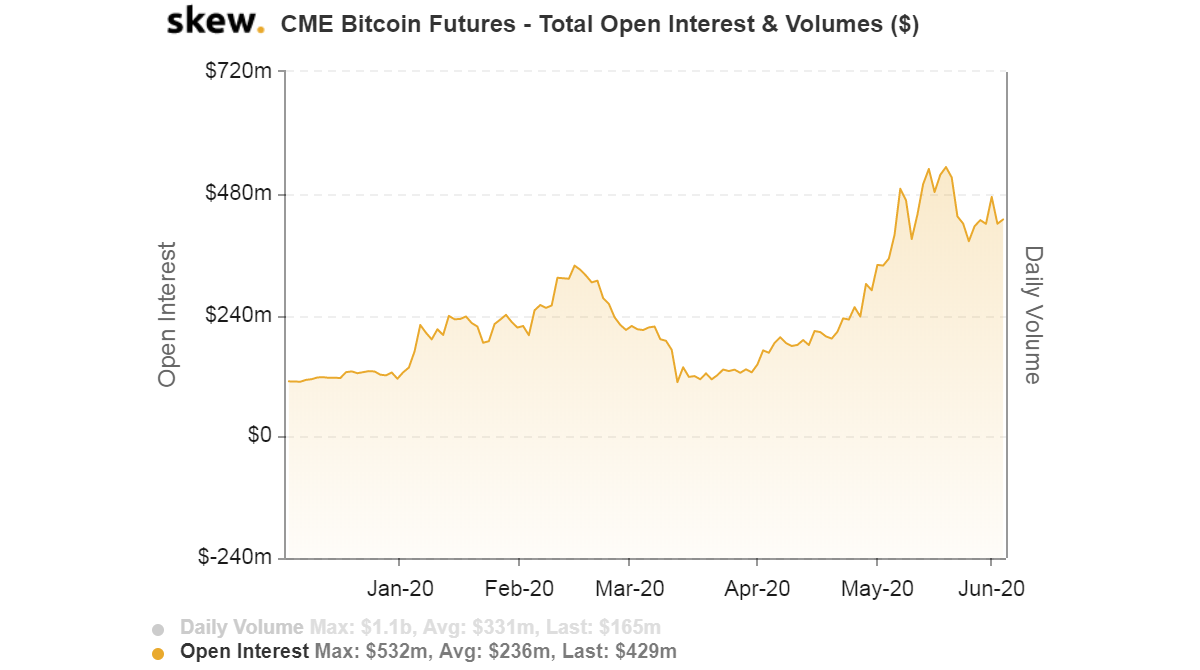 Institutional Investors are buying up Bitcoin

Bitcoin is increasingly more getting on the radar of institutional investors across the world. Amidst the measures taken by most of the nations to help their economies, institutions are looking for assets that may work as a hedge against inflation.

The trend seems to be clear — Bitcoin has been experiencing increased demand from big investors. Bloomberg Analysts predict Bitcoin could attack its previous ATH (all-time high) of $20 000 again this year. Their predictions are based on similarities of price movements in the periods following after Bitcoin reached $1100 for the first time in December 2013, and the latest peak of the bull run in December 2017. During both of these periods, Bitcoin fell as low as 75% of its value at the peak.

This technical analysis is not the only reason to think Bitcoin could surge in price in the following months. One of the major indicators of Institutional demand for Bitcoin are open positions of futures and options contracts on the Chicago Mercantile Exchange (CME). Open positions there have increased by over 300% so far this year, according to crypto research firm Skew.

Similar conclusions have been stated also by other important players such as financial giant Fidelity that also claimsinstitutional investors’ interest in digital assets such as Bitcoin has risen sharply.

This trend has been documented also by another, perhaps even more important fact. One of the most trusted authorities on digital currency investing — Grayscale Investments — with over 3,8 billion AUM, has massively increased their Bitcoin buying spree through their major investment vehicle Grayscale Bitcoin Trust. This has been especially the case mainly since the Bitcoin halving in mid-May. In fact, in the past weeks, the company has bought more bitcoins than the number of bitcoins released in circulation through mining since the halving.

Grayscale’s increased appetite for Bitcoin just reflects surging demand from their investors — mainly institutions such as pension and hedge funds.

Some analysts went even further in their predictions of the Bitcoin price movement in the next years. The recently released Crypto Research Report predicts Bitcoin could realistically rise to almost $400 000 by 2030. The researchers have come to this number using Bitcoin’s penetration of its target addressable market.

According to the report, Bitcoin and cryptocurrencies could proliferate through multiple use cases such as micropayments, offshore accounts, consumer loans, remittances, gaming, store of value, or even online gambling. These target addressable markets are valued at approximately $212 trillion in total, and the research report assumes cryptocurrencies could penetrate 10% of them. Such a development should drive not only the price of Bitcoin but of other coins too.

While cryptocurrency enthusiasts have been aware of this potential for a long time while institutions started joining the game just lately. Bitcoin is getting into more conservative portfolios of traditional investors which just reinforces the market sentiment of Bitcoin being the hard money and store of value for the future. The sentiment has been recently strengthened by the quantitative easing programs by all the major central banks. These could be reflected in the depreciation of the national currencies.

Paul Tudor Jones, a billionaire and hedge fund manager of Tudor Investment Corporation currently with $22 billion AUM, has recently stated his support of Bitcoin in the letter to his investors:

„The best profit-maximizing strategy is to own the fastest horse. If I am forced to forecast, my bet is it will be Bitcoin.“

The rise of cryptocurrencies is inevitable and more and more market actors want to participate in the growth opportunities offered by this new asset class. Spike in demand has not been reflected only by institutional investors but in retail as well. This has been demonstrated lately in the case of Paypal which announced a change in their cryptocurrency strategy. One of the most famous global payment systems should start offering to buy and sell cryptocurrencies in the near future.

Such a move will not only legitimize cryptocurrencies even more but most importantly, it will bring them closer to the company’s 300 million users.

If you are thinking about investing in cryptocurrencies, then Fumbi is here for you.

Our algorithmically-managed portfolio precisely tracks the price movement of the cryptocurrency market. Fumbi is the first of its kind, as it offers investment in cryptocurrencies for the general public, even with a small deposit. Investing in cryptocurrencies through Fumbi is very simple and risk-minimizing. And is governed by Slovak law without using collective investment. Fumbi clients remain the direct and sole owners of their cryptocurrencies.

You can start with a deposit as little as 50€.